I don’t know about you, but when I see a pattern that says “piping optional” I always think, “good, I’ll just leave it out”. Because what could be more of a hassle than making your own piping, right? But actually, making piping is really simple and well worth the time spent to add that perfect finishing touch. 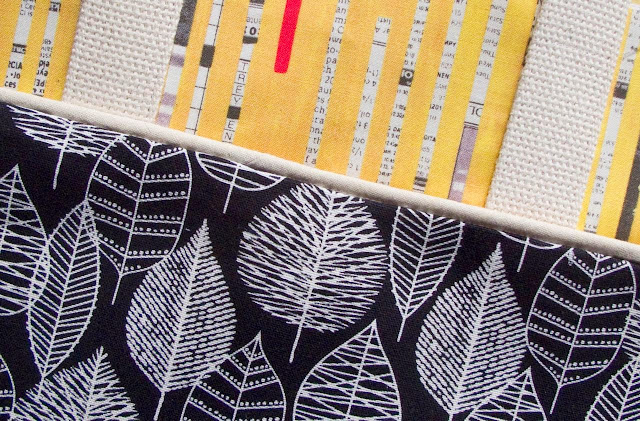 Piping is made of two components: piping cord and bias-cut strips of your accent fabric. The Super Tote calls for piping that is 1/2” finished, so I used 1/4” cord and 1 1/4” bias strips of linen to match the bag gusset. The extra 1/4” width of fabric is needed so that the piping finishes at 1/2” once it is wrapped around the cord.
The first thing you need to do is identify the bias of your fabric, as shown below: 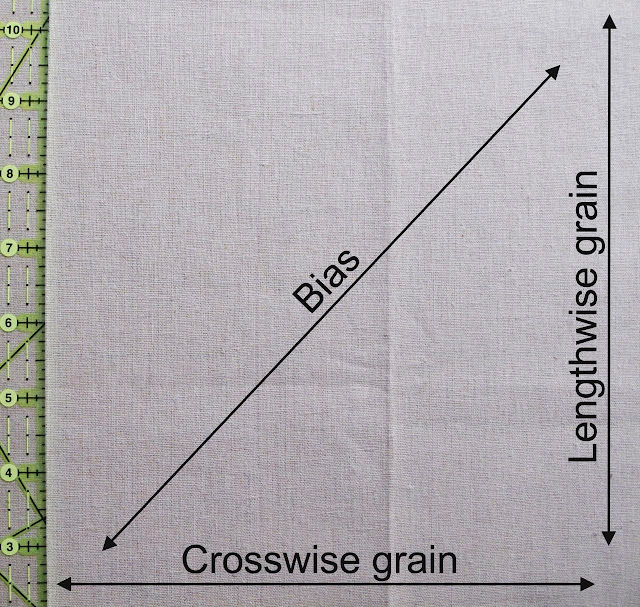 (The lengthwise grain runs parallel to the selvedge, which you can’t see here because I have already trimmed it away.)
Once you have identified the lengthwise grain, trim the edge of the fabric so that it runs nice and straight. When using a loosely woven fabric like linen, the easiest way to make sure that you are cutting completely straight is to pull out one lengthwise thread and align your ruler with the resulting pucker: 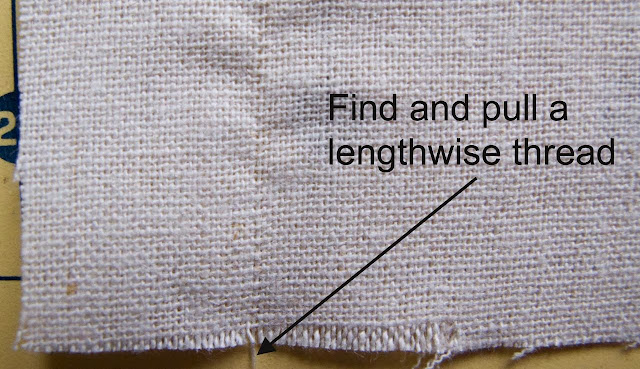 When you have trimmed your fabric, find the bias by lining up the edge with the 45º angle on your ruler. Cut along the bias: 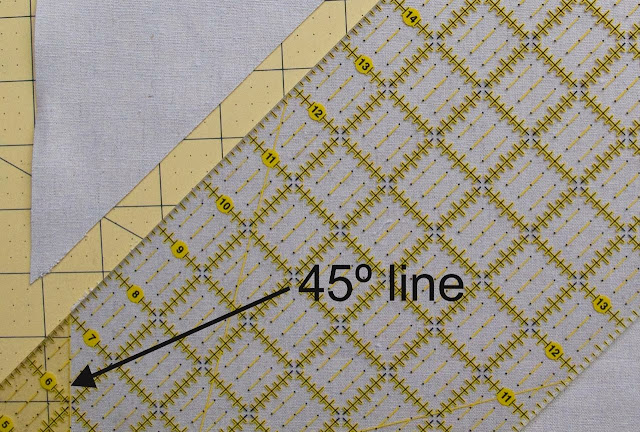 Rotate your fabric so that the cut edge is vertical, and use your ruler to cut bias strips of the required width (1 1/4” in this case): 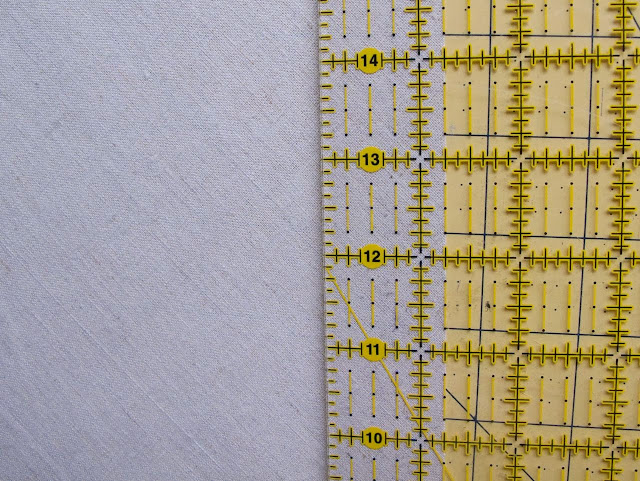 (if you look closely, you can see that the grain of the fabric is running diagonally)
Cut as many strips as you need to make your required length of piping. I only needed 15” in total, so cut two strips. Join the strips together as below, pressing the seams open and trimming away the dog ears:

Wrap the fabric around the cord wrong sides together, aligning the edges and pinning carefully: 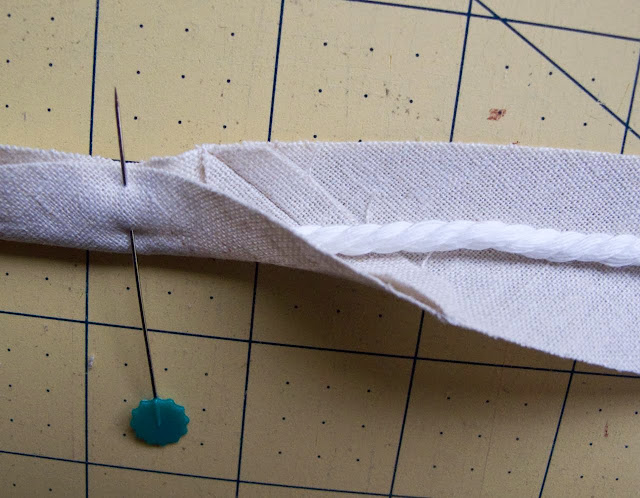 Using your zipper foot, stitch as close as possible to the cord, removing the pins as you go (yes, I normally sew over my pins, but in this case it is a really bad idea): 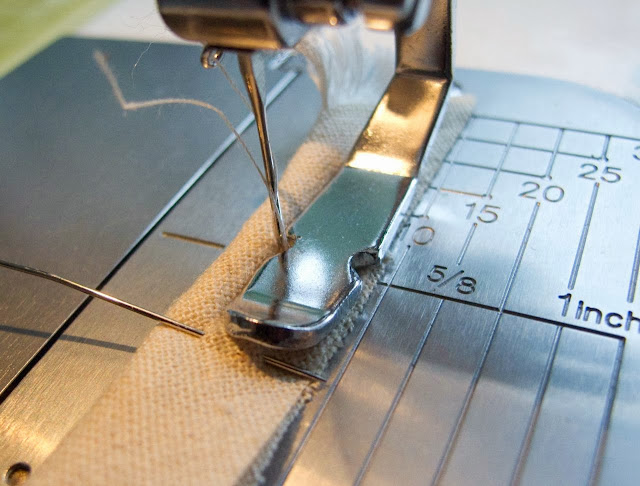 And there you have it, beautiful home-made piping cord ready to use. Simple! 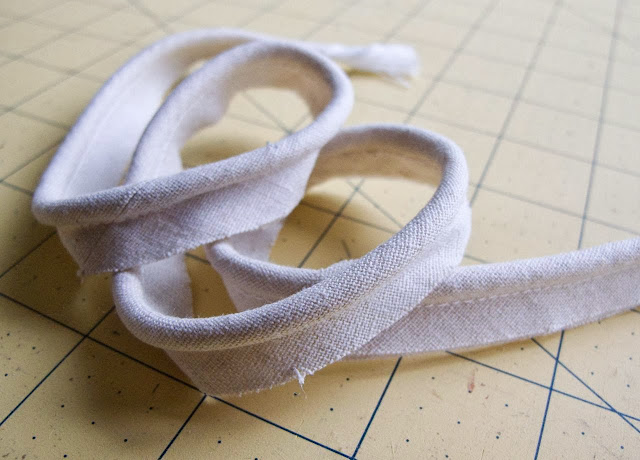