I’ve been sewing the clothes for Annie’s shop window for a couple of months now, and this time round she suggested I might like to make something that I could wear once it’s finished doing its duty. Together, we picked the Mortmain dress in teal squared elements with a big-ass metal zip. The Mortmain pattern is beautifully presented and very well written, so I couldn’t wait to get to it.

Of course, the massiveness of the buzzoomz meant doing my first ever FBA. The interwebs is full of useful (but slightly conflicting) advice on how to do this, so after falling down the rabbit hole for several hours I finally settled on this tutorial, mainly because it made the most sense to me at the time. I can’t overstate the importance of making a muslin of the new bodice at this point. Mainly because I didn’t and then ended up having to faff about adjusting my actual bodice. Ahem. Additional massive bap related adjustments included lowering the neckline by about 1.5 inches and narrowing the shoulders by an inch. Again, this was all done using my actual bodice rather than a muslin. Genius. Luckily, the squared elements fabric is really crisp and has a lovely tight weave so there weren’t any problems with repeated unpicking. 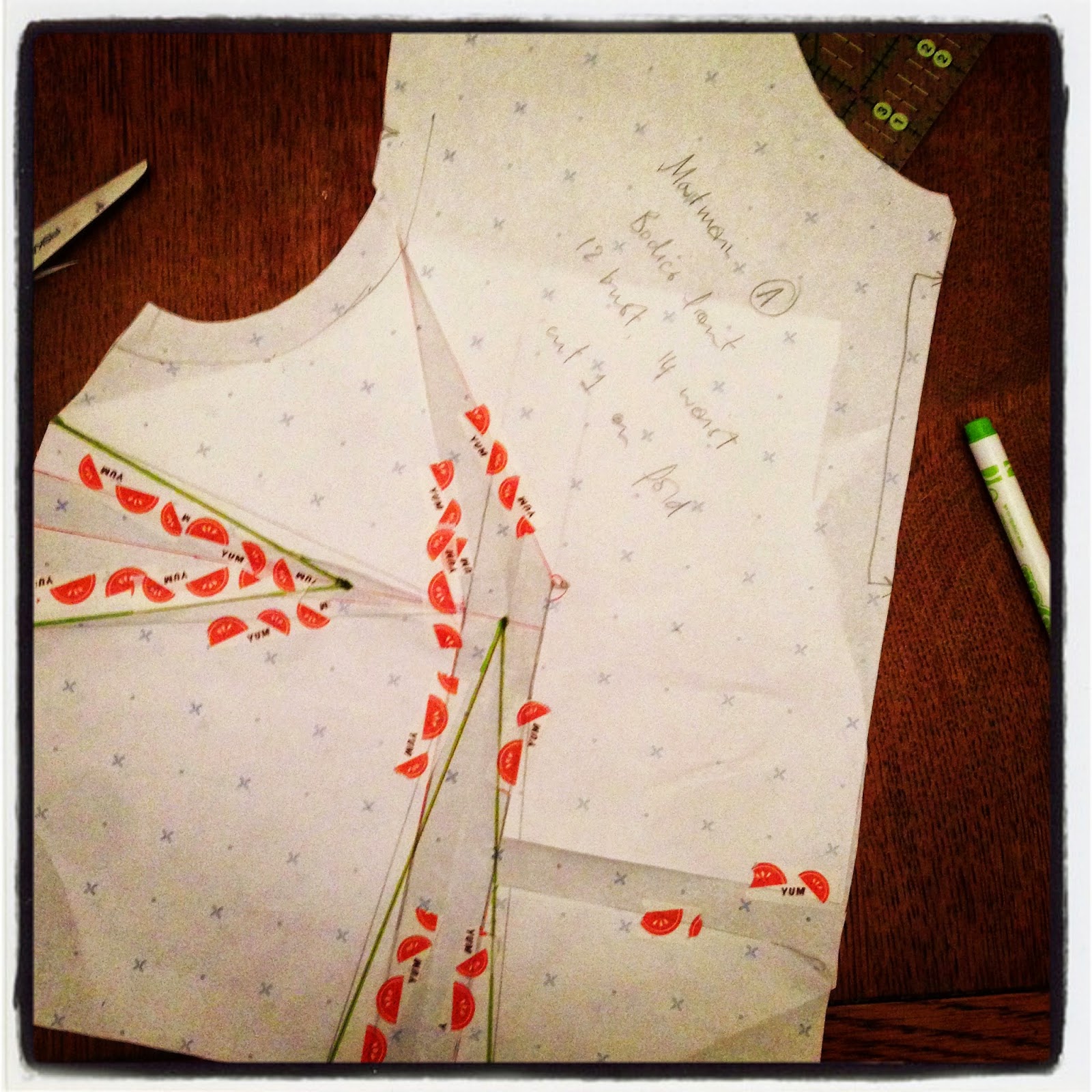 At this point, I feel I should emphasise that I was really flying by the seat of my pants, with no idea of how this was all going to work out in the end. Remember that, because it’s important later.

Never one to make things easy for myself, I decided to fully line the dress so that I could get rid of the neck and armhole facings. I really don’t like the way facings flap about – even if you stitch them down they keep trying to escape. I did feel much more confident with the lining process, having done it several times before. Basically, you make two dresses – one shell and one lining – and then use the lining in place of facings. The neck seams were sewn on the machine and I hand stitched the armholes. 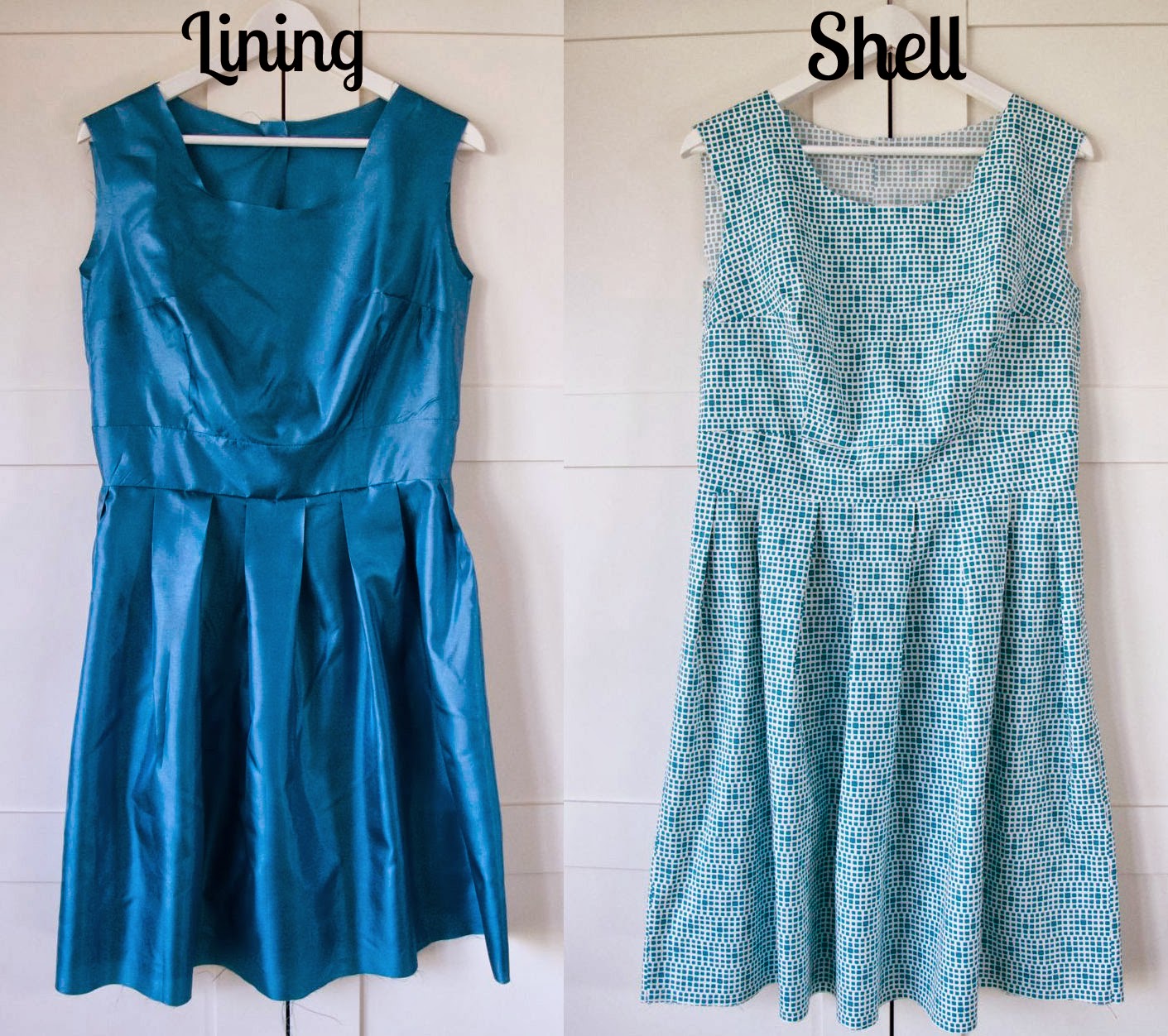 The main design feature of this dress is the exposed zip on the back, but it was just a little too exposed for me so I sewed it onto the inside (hiding the zip tape) rather than the outside. I really like the look of just the brass zip teeth without the heavy black tape showing – it gives the dress just enough edginess. I am a woman of a certain age, after all. 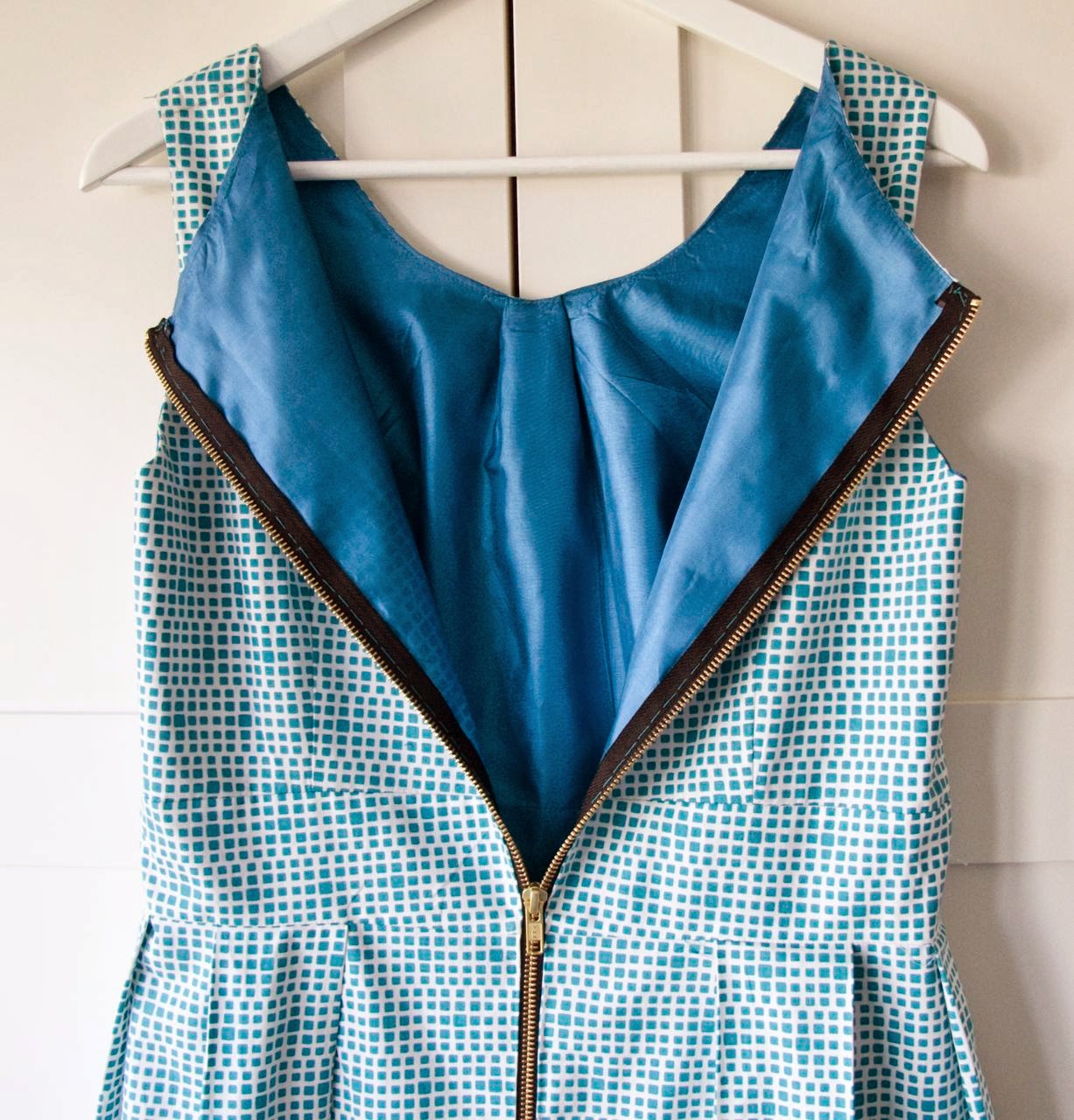 And this is the point where I remind you that I have bugger all idea of what I’m doing when it comes to alterations. When I tried the dress on the neckline was way too baggy. I think it was a combination of being too short-waisted for this pattern and making it up as I went along. Luckily Lucy (the 11-year-old) was on hand to suggest a simple and adorable fix – a box pleat in the front of the bodice that echoes those on the skirt. That child is a genius. She clearly doesn’t get it from me. 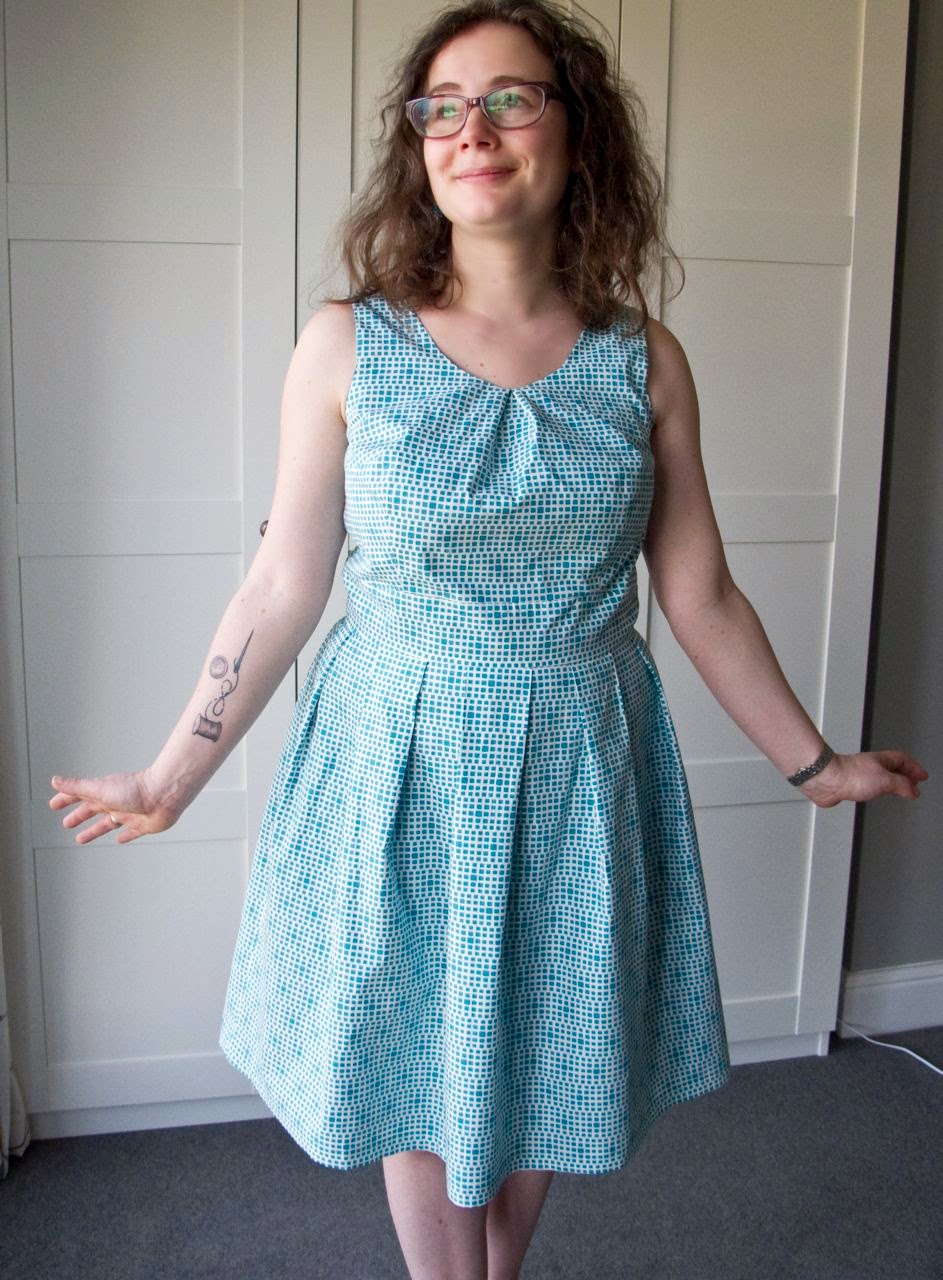 And if she inherits my ridiculous boobs, at least I can be comforted by knowing that she can figure out how to accommodate them.

The dress (and assorted adorable children’s outfits which luckily didn’t require any stupid adjustments) is now on show in the shop window. It’s been filled out with one of my bras crammed with soft toy stuffing. I wish I had that level of pertness in real life.