And that means it’s time for a new hat. Because I spend a lot of time outdoors (blah blah blah dog) I am generally sick of the sight of my hats by the end of Winter. Ah well, if that means I have an excuse to knit a new one then so be it. It’s a tough life.

I picked up some Malabrigo merino worsted yesterday at Annie’s (where else) in a gorgeous green, rather splendidly called “Lettuce”. It’s so soft and snuggly it almost doesn’t feel like wool at all. Of course, I had to start knitting straightaway. It was a hat emergency.

I used a mash up of two patterns from the Purl Bee, with the sizing for the women’s hat and the brim of the men’s. I fancied a pretty wide brim to keep my ears toasty in the bloody howling gales that blow across the dog-walking fields all Winter. Last year I went for the hat-over-scarf-wrapped-around-ears option which was ok, but a little bulky. 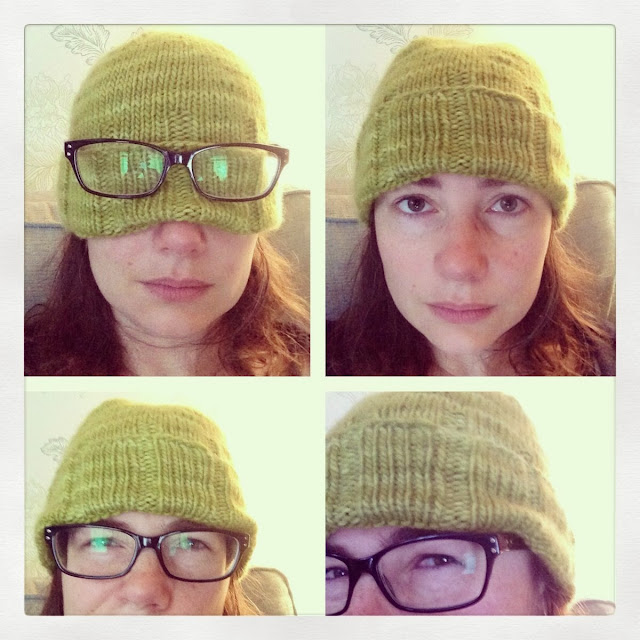 One thing I forgot to take into account was how the brim would handle my glasses. It turns out that they don’t get on too well, but my ears are so warm I don’t care. 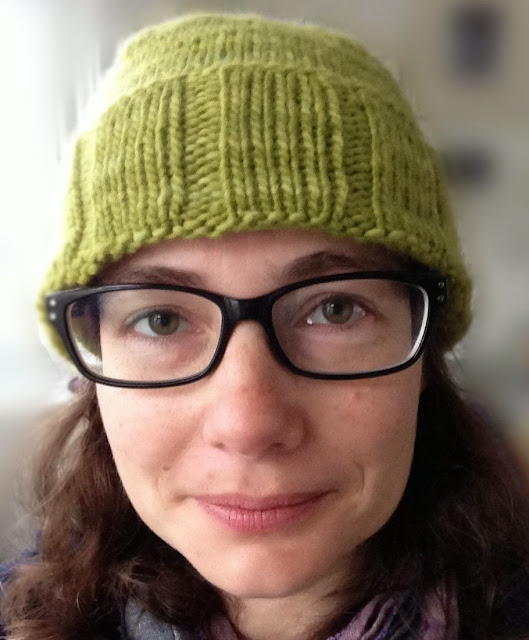 They will have to learn to tolerate each other. It’s a long time till the weather gets warmer.