I realise that I am starting to sound like a stuck record (blah blah blah work, blah blah blah kids, blah blah blah dog) but I genuinely have had very little time to sew lately, and it’s starting to get annoying. The enormous pile of things-that-must-be-made-in-order-to-avoid-nervous-breakdown is just not getting any smaller. 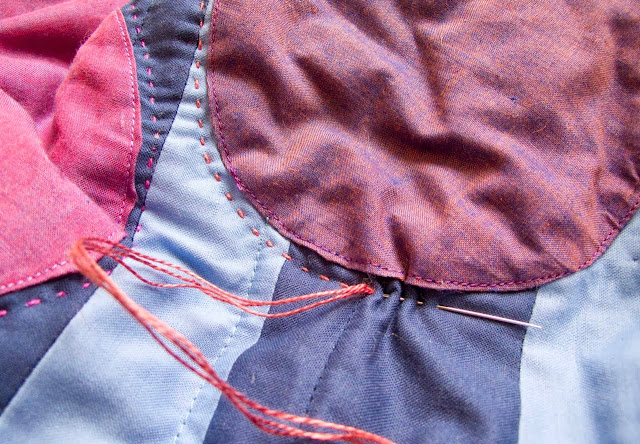 I did have a couple of hours the other afternoon for some hand-stitching in front of the telly, which felt so decadent. I’m working on an Oakshott project for Lynne that should have been finished ages ago. Luckily she is very lovely and patient (and beautiful and clever and hilarious and not at all distracted by flattery) so I am hoping she will forgive my tardiness. 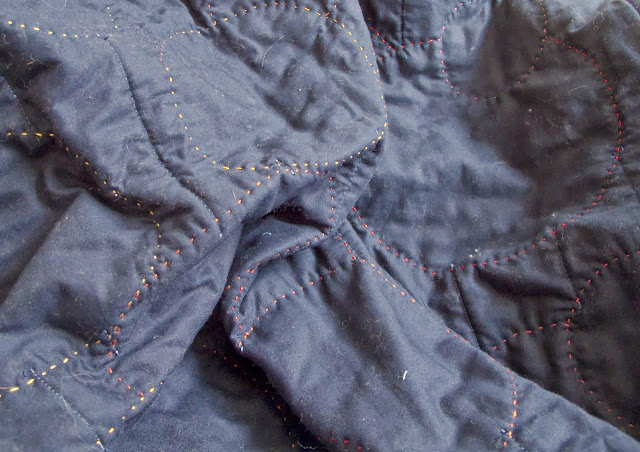 This is going to be a snuggle-on-the-couch quilt for me when it’s finished. I don’t generally let the kids anywhere near the Oakshotts and this will be no exception. 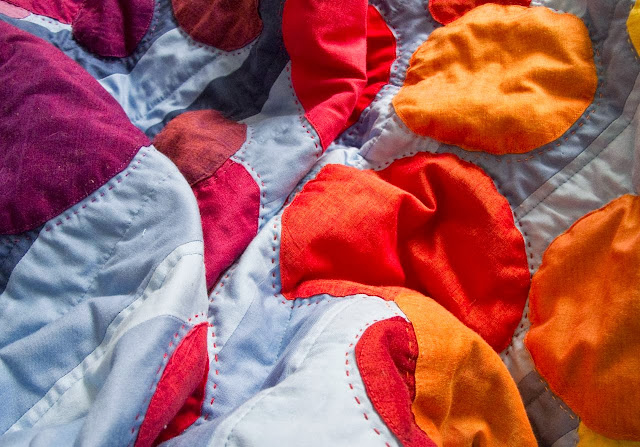 The dog, on the other hand, can sit wherever she likes.