It was Daniel’s best friend’s birthday last week, and he’s a little obsessed (to say the least) with Mario Brothers. He also happens to have parents who appreciate hand made things (woot!!!!) so I decided to make him a Super Mario cushion using Angela’s fantastic pattern. 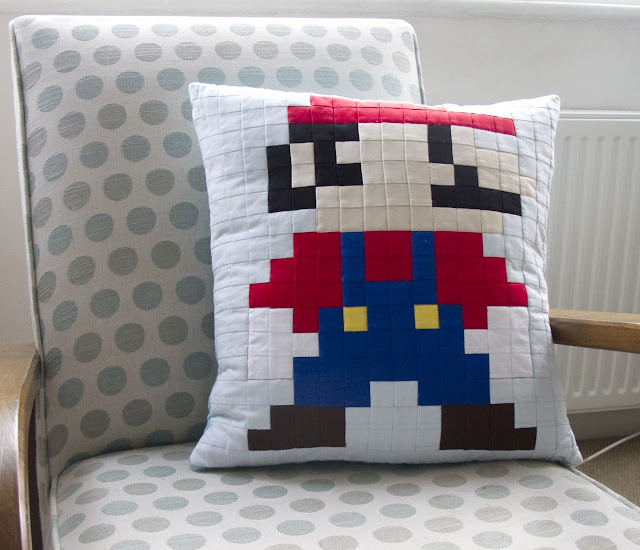 My favourite thing about the iron-all-the-teeny-squares-to-interfacing-and-then-sew-them-together method (yes, that’s a technical term) is the way the block looks all squished once you have sewn the horizontal seams. See how Mario looks all dumpy and adorable: 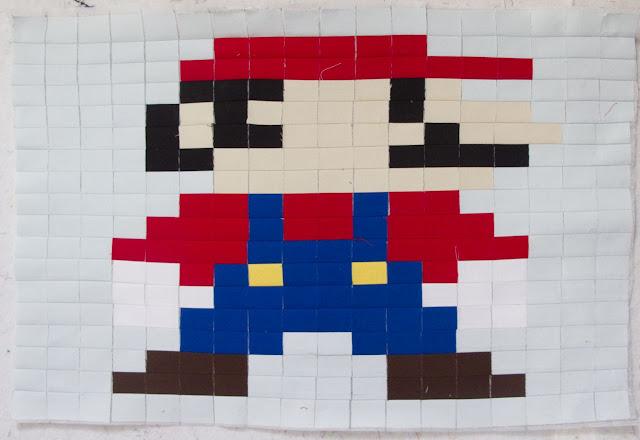 He does regain his relatively svelte figure when the vertical seams are finished, however, which is probably for the best. 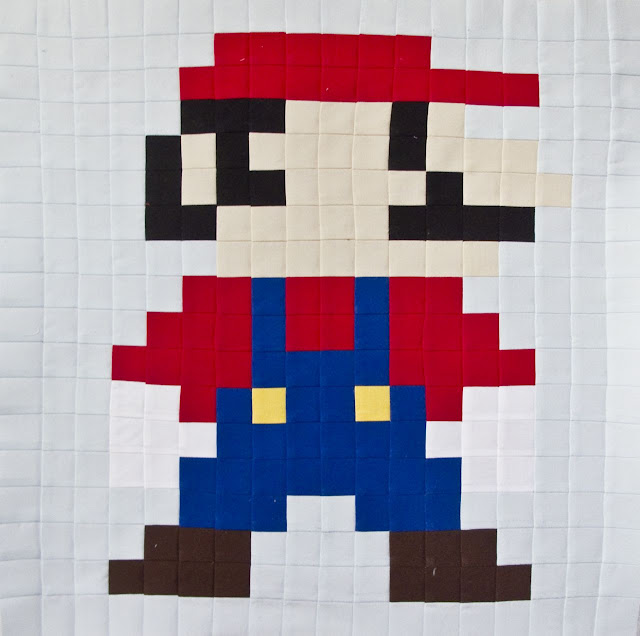 I quilted all around each coloured section with matching thread and made an envelope back with gorgeous, squishy flannel. I wanted it to be extra cuddly so Stanley can snuggle up with it on the couch during marathon Nintendo sessions. I’m such an enabler – his mum is going to love me!