I lost my 2013 sewing virginity this afternoon by sneaking away from my desk to make a little pincushion for a swap at the LMQG meeting this weekend. It was a nice quick make, using this cathedral window tutorial and some scraps of Frippery by Thomas Knauer. The most time consuming part (after the fabric origami) was choosing the button from my ridiculously enormous stash, none of which is ever what I am looking for. It’s the universe telling me to buy more buttons. Yes, that must be it.

Anyhoo, I eventually settled on a simple button with holes in it, rather than a hidden shank. Mainly because I tried sewing on the other kind and it went a bit pear shaped. 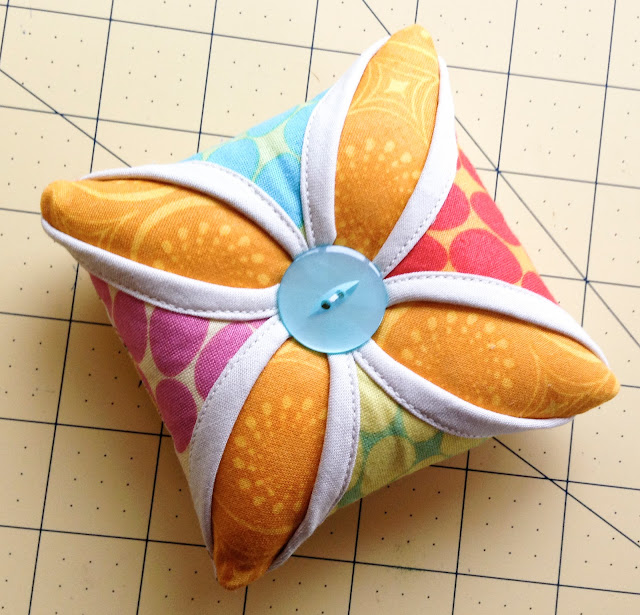 I think it’s quite cute – I might have to make one for myself.