I know I have been a little bit on the quiet side lately, but it’s for a good reason (honest). I’ve spent the last few days’ worth of sewing time working on the Holiday in London Duffle Bag, a new pattern by Bari J that I picked up at Market (you can get your own copy here). As a bit of backstory, I had seen all the fantastic Weekenders popping up all over the place but was scared pantsless by the accompanying warnings. Needless to say, this seemed like a (relatively) simple alternative. 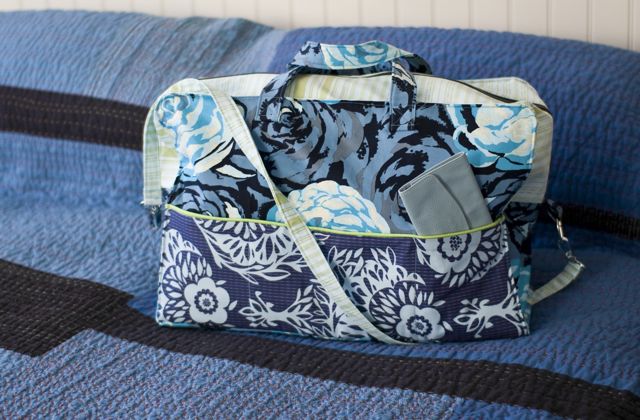 (Warning: this post contains a LOT of photos. I spent a long time making this bag, and I am going to make the most of it!)

I took a few shortcuts, mainly using home dec weight fabric instead of quilting weight and skipping the interfacing. The panels are still reinforced with fusible fleece, instead of the interfacing plus batting combo called for, so they have a fair bit of body to them, but it took a lot less time to cut out all the bits. I also ironed the fleece onto the whole piece of fabric and then cut the pieces afterwards. I know it wasted a shed load of fusible, but life is too short. Even with all these shortcuts it still took me a good three hours to cut all the bits, so I think it was probably worth it. 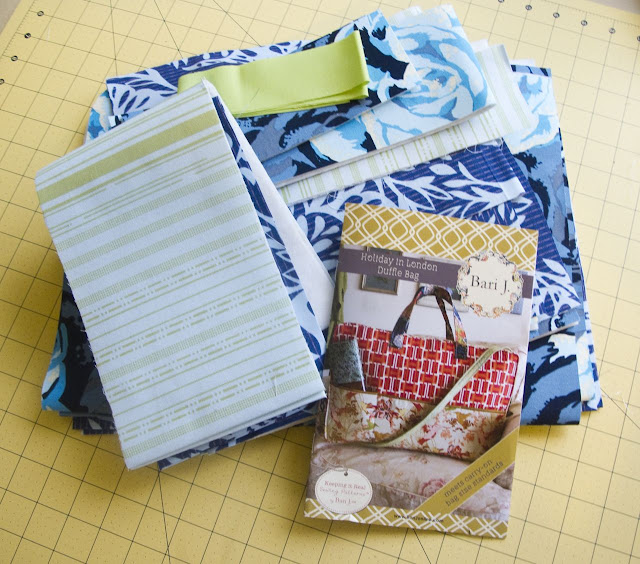 Sewing the bag itself was not too bad. As suggested in the pattern I used a jeans needle and my walking foot, which did make it easier to get through the huge numbers of layers (particularly right at the end when edge stitching the sides where you sew through up to 16 layers). I did have to hand crank my machine at times, bless it. It’s really not built for this kind of thing! 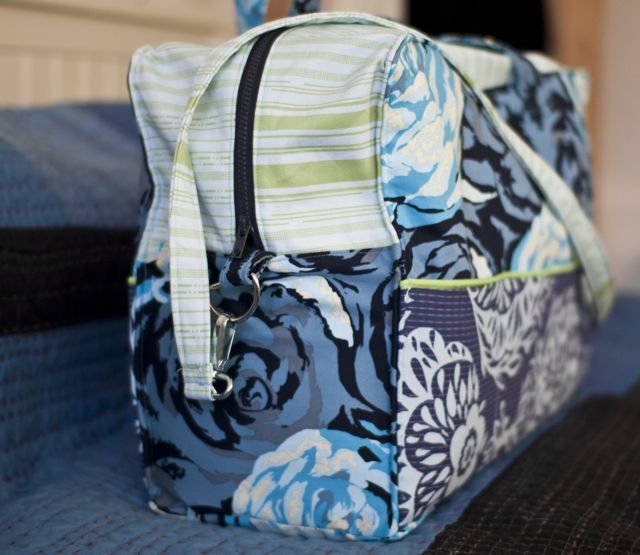 I have to say, however, that there were places in the pattern that I just could not understand and I had to sort of wing it until it made sense again. The diagrams are not terribly helpful, and there are so many different layers that it gets very confusing. I would suggest that you take things slowly, and don’t be afraid to unpick things if you need to. Mostly the rounded top corners. Those need to be unpicked a lot. 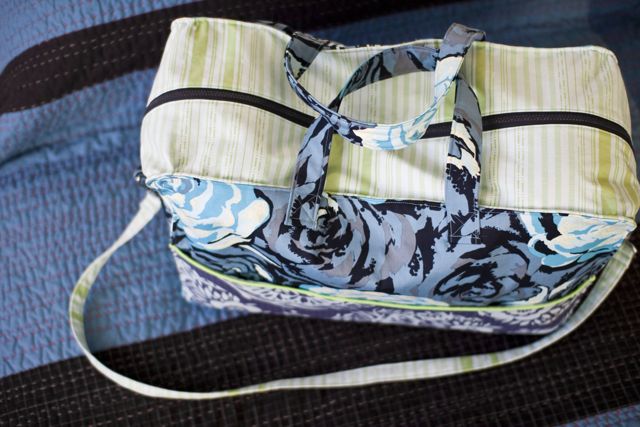 There are a whole load of things I love about this bag. The long strap is removable so that it doesn’t get caught on things when you are travelling. There are a million pockets (six on the inside and six more on the outside). You can use as many or as few fabrics as you like (I stuck to three, but then I am conservative like that). It holds approximately three small children (well, three giant quilts and two bath towels). It has a removable base, which gives it shape but means that it is still washable if necessary. And the piping on the pockets is a really nice touch. 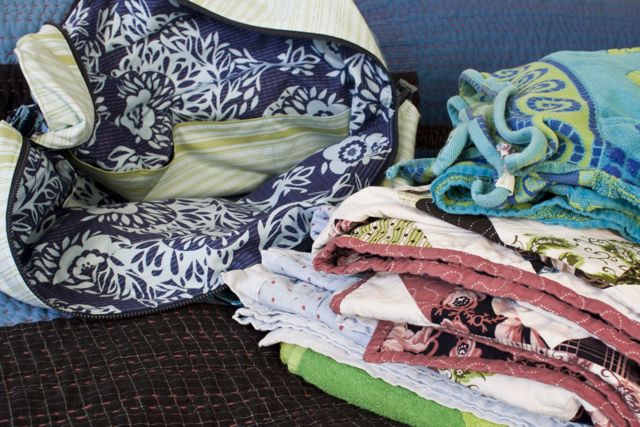 I didn’t change much from the original, apart from the addition of some bag feet and a bit of judicious trimming when the pattern pieces didn’t quite turn out to be the same width (zip placket and side panels, if anyone is interested). All in all I am really pleased with how it turned out. I’ve needed a duffel bag for ages and now I have one, so it’s a win. City break, anyone?