*not the actual collective noun for handbags

I have a new 241 tote, following an unfortunate incident with a ballpoint pen last week. Those pens look like they have only a tiny amount of ink inside, but BOY does it go a long way when they leak. I can’t say that I am too disappointed though, because I used my favourite Flea Market Fancy print and a lot more interfacing than last time (including fusible fleece) and am really pleased with its relative sturdiness. 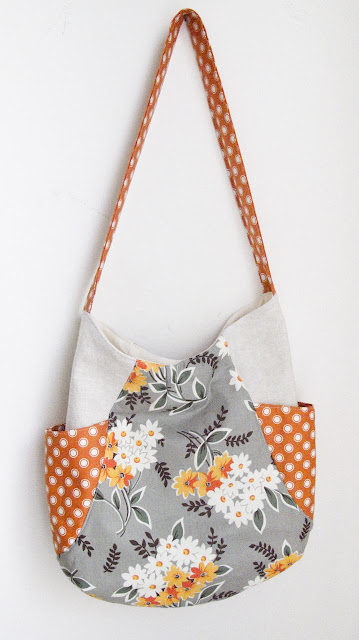 It is my big girl’s bat mitzvah this weekend and I *need* a little clutch bag to take to synagogue. I have a serious lack of smartish bags (to be honest, I have a pretty serious lack of smartish anything), so had a rummage around on the interwebs and found this tutorial for a cute little zippered clutch. My dress is black and white, so I used some of the Summersville I had left over from the placemats and came up with this: 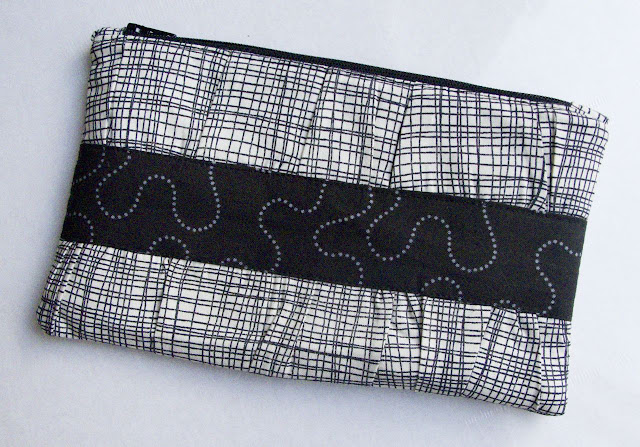 which I really like, but decided wasn’t quite smart enough. Something about the zip, I think.
So I went to that excellent collection of downloadable bag patterns that is Keyka Lou and decided on the Pocket Clutch. What a fantastic pattern – really well written and good value, especially when you consider that it comes with a license to sell. I broke into the Hope Valley stash (whimper) and ended up with this adorable little clutchlet. 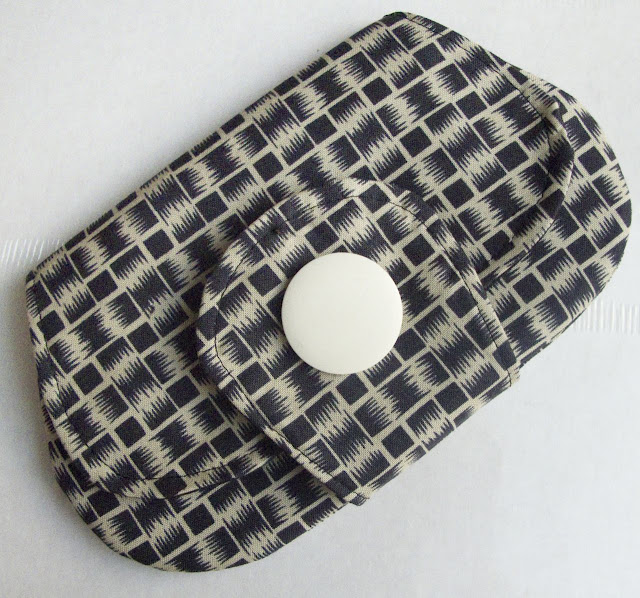 Once again, the massive button hoard came up trumps. That’s three buttons used out of about eleventy billion. This pouch is the perfect size to hold all of those (religiously inappropriate) items that I need for synagogue like my car keys, mobile phone and lipstick. I am so going to hell.
I picked up a fat quarter of Curious Nature from The Village Haberdashery the other day, not realising (because I am a muppet) that it was black and blue, not black and white, and so wouldn’t go with my dress. It’s such a lovely print that I thought I would use it anyway and had a go at the Buttercup Bag, which has been knocking around in my favourites for approximately forever. 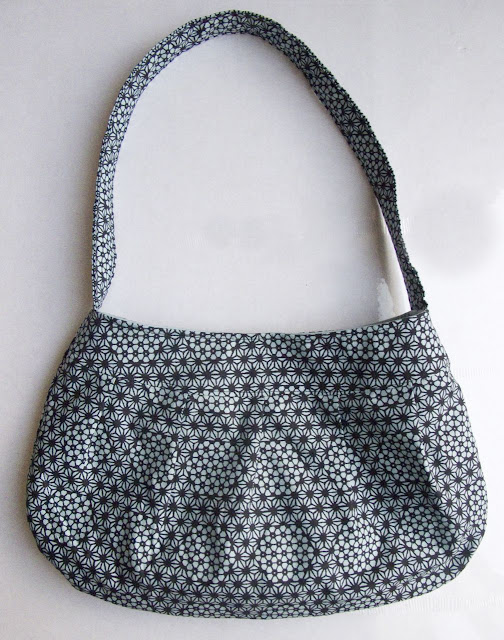 It’s hard to see because of the pattern, but there are little pleats in the body of the bag. It tucks just under your arm and looks really cute. I’ll use it if ever get to go out without the kids, and don’t need my usual massive bag-o-crap. One day. One day.