With all the hand sewing that’s been going on around here lately I had come to the conclusion that I really should be more careful about where I stick my needle. I tend to just poke it into the arm of the couch, but I was getting worried that I might absentmindedly stick it into the cat.
I saw this spectacular armrest pincushion a while back, but it looked way too complicated. So I took the main design features (weighted pincushion, pocket, little bag thingy for bits of thread) and sort of made it up as I went along. It is basically the same, just a bit bigger and slightly less detailed in terms of its construction. 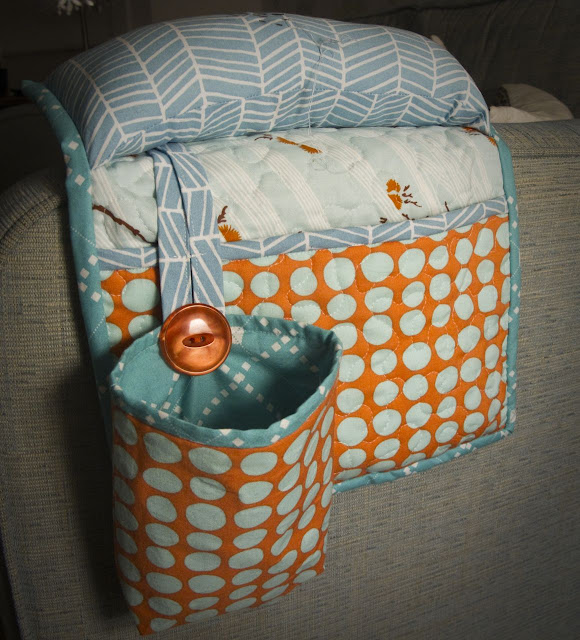 It is made from a real mish-mash of fabrics. Some Little Apples, Amy Butler Love, Tanya Whelan and Joel Dewberry Modern Meadow, all of which have been lurking for a while in my scrap pile.
I am especially pleased with the marvellously coordinated button. I knew that having a giant hoard collection of buttons would pay off eventually! In other news, it is the boy’s 6th birthday tomorrow. He has made a series of very specific gift requests (including Lego, unsurprisingly) with the result that he knows exactly what he is getting, which always strikes me as being a bit of a shame. I decided to get him a couple of little things (Spongebob stickers, shiny pens, a cuddly toy lion) so that he could actually open something unexpected. Of course, I was really just looking for an excuse to make one of these fabulous drawstring bags that have been popping up all over the interwebs. 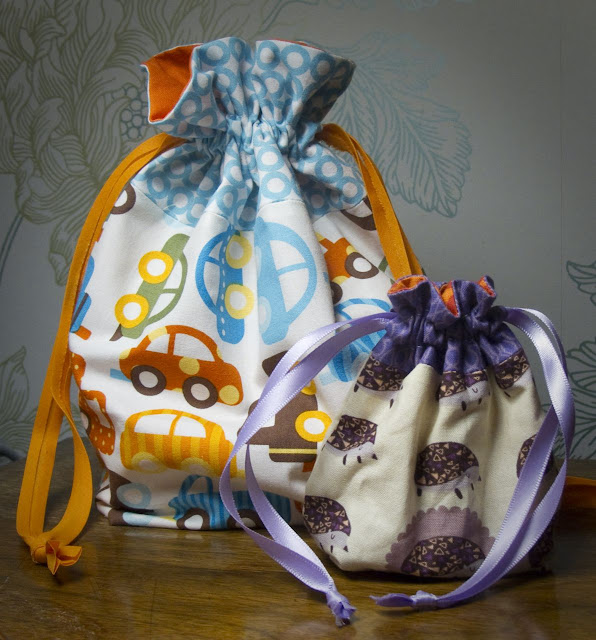 The pattern was so brilliantly written and easy to follow that I couldn’t stop at one. And now the girls want them too. Ah well, I think I can force myself to make more!